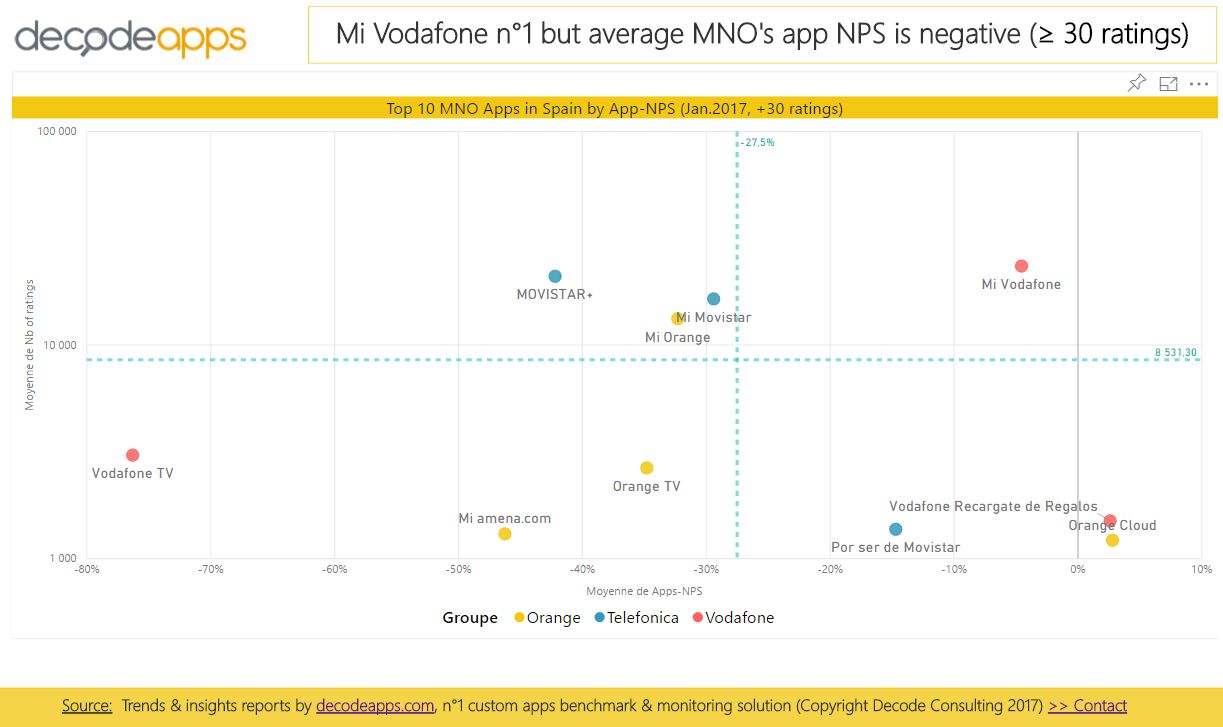 To follow-up on the most successful Mobile World Congress ever, we decided to create and share some exclusive benchmark insights about Mobile network operator’s apps strategies across Europe starting with Spain.

For this report, the scope of benchmark is covering 140 apps edited by Mobile Network operators in Spain (iOS and Android) between January 2016 and January 2017. Results for top 10 apps benchmark mapping are aggregated for both OS

Orange apps Portfolio strategy is globally more efficient with only 9,6% of apps with 0 ratings (VS 52% for Vodafone España), and with the best average number of ratings per app (90,55)

Out of the Top 10 by App NPS, Mi Vodafone is the only app in the magic quadrant BUT ALL mobile operators need to improve their apps quality because the average app Net Promoter Score is strongly negative (-27,5%)

Want more insights on 2016-2017 trends by OS? Give us your contact details and ask for “FULL MNO ES REPORT”

We will send you an invitation by email so you can access the FULL report with additional exclusive insights directly into PowerBI via desktop or mobile including :

Want to start fueling your mobile apps strategy with the #1 custom apps benchmark & monitoring platform in the market?
Contact us for more info or request a FREE demo